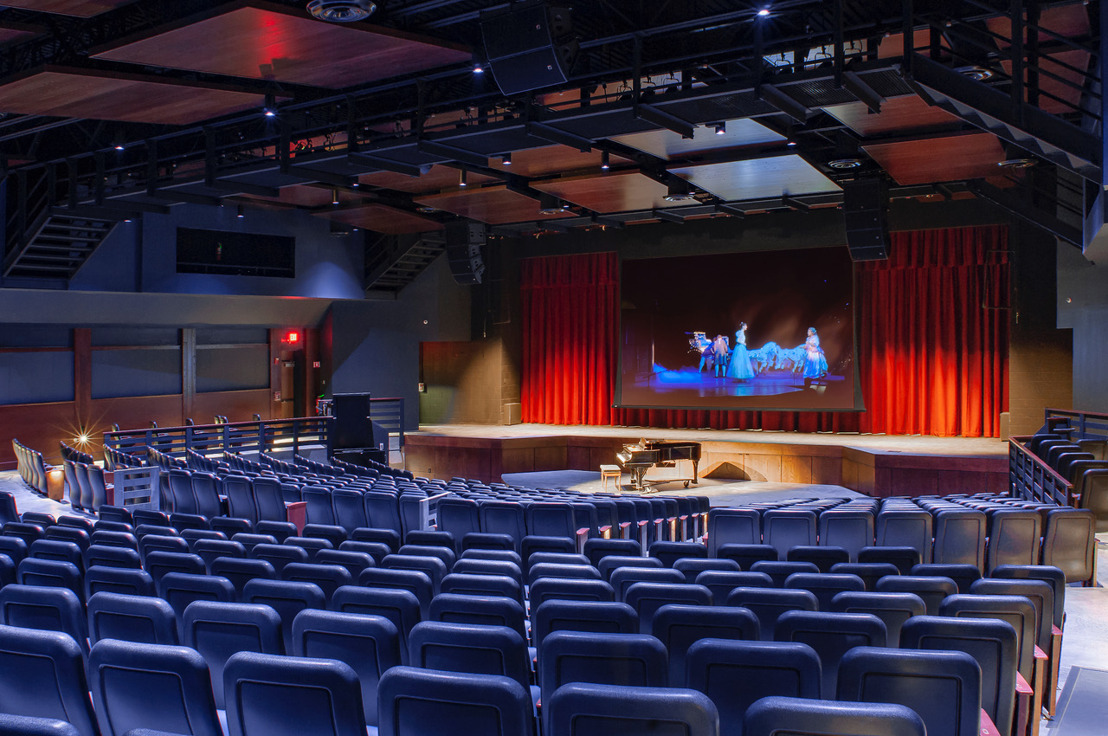 Goshen, NY, March 27, 2019 – Global acoustic consulting and design firm WSDG (Walters-Storyk Design Group) have announced the completion of an extensive renovation to the auditorium at Goshen High School located in Goshen, New York.  The project, which was part of a $30 million-dollar bond referendum focused on enriching the academic, athletic and arts programs at the school, was a collaboration between the Goshen Central School District, architectural firm LAN Associates, and WSDG that utilized acoustic sound modeling protocols and advanced A/V equipment design to elevate the quality and versatility of the auditorium to support the school’s growing music and performing arts programs.

A true collaboration
The original Goshen High School Auditorium Besides had remained largely unchanged since it was constructed in 1976.  Its design was primarily focused on versatility and affordability and was not optimized for theatrical or musical performances.  Knowing that more could be done in the same space, Goshen High School Technology Teacher Joe Fedor became heavily involved with the project to ensure the design would include amenities that would allow the space to endure the test of time.  “It was a concrete and steel box filled with plastic seats that had been designed with no attention to acoustics or anything theatrical,” explained Fedor.  “When the community approved the bond referendum, we knew there was an opportunity to create a performance space that we would be really proud of.”

Very early in the design process, LAN Associates identified the program goals to create a high-performance and acoustically tuned performance space and acknowledged the importance of hiring the appropriate consultant for professional acoustic measurement and treatment.  Andre Keel, design architect for LAN Associates stated, “LAN had the awareness that we needed to hire the best acousticians we could afford to help us design the space”.  Under the direction of Project Architect Matthew Milnamow, LAN obtained multiple proposals and upon Mr. Keel’s recommendation, LAN retained WSDG for the design of the project.  Mr. Keel stated, “I knew they would be the right fit for our client.”

WSDG Acoustic Engineer Andy Swerdlow immediately dialed into the community feel of the project, working collaboratively with Fedor and Keel to prioritize the school’s desire for a high-performance space with greatly improved acoustics, A/V integration, and lighting.  “LAN Associates is located in Goshen, and there was an incredible sense of community pride for this project,” said Swerdlow.  “It was a true collaboration with a lot of excitement behind it which made this a really special project to work on.”

A lively, versatile sound profile
The new 6,000 square foot auditorium currently seats 654 and features a sloped seating profile that drastically improved the view of the stage compared to the original design.  Swerdlow was tasked with ensuring the renovated auditorium would have a lively sound profile while still being versatile and adaptable for the many different kinds of musical and theatrical performances.  After using acoustic modeling technology to measure the room, Swerdlow worked closely with Keel to specify the appropriate materials in strategic locations to optimize the performance of the room while still maintaining the architectural character of LAN Associate’s design aesthetic.  “We specified wood paneling along the back walls to properly diffuse the sound,” Swerdlow said.  “We also had motorized acoustic banners from iWeiss installed along the back-of-house walls for sound absorption.  The acoustic banners can be raised or lowered to tune the space to any kind of performance and give the school precise control of the sound in the room.”

In addition to the wall paneling, dark-stained angled wood ceiling panels were also suspended from the ceiling to further control sound as well as obscure lightning fixtures and mechanical ductwork from the audience’s view.  The ceiling itself was kept fairly reflective to ensure a vibrant quality to the room acoustics that would enhance any performance on the stage.  “We did not want the architectural finishes to distract the visitor from the performance,” explained Keel.  “Not only did the wood paneling work handily achieve the acoustic goals we had for the space, but the angled ceiling panels married with the angular walls resulting in a cohesive design aesthetic focused on the function of the space.”

With the acoustic upgrades completed, Swerdlow then worked with Goshen High School alumnus Nick Bechard of Firehouse Productions to specify the new sound system, which is comprised of L-Acoustics ARCS loudspeakers.  All of the A/V equipment is monitored by a sound booth in the back corner of the House, with equipment and lighting fixtures accessible from steel catwalks suspended above the ceiling plane and painted black to disappear into the backdrop.  “It’s a higher-end sound system than we’re used to seeing in a high school auditorium,” Swerdlow explained.  “It has exceptional coverage and flexibility in the space, and it has greatly increased the available sound quality.”

Simply amazing
The renovated Goshen High School auditorium has quickly been put to use by the high school’s music and performing arts programs since opening in September.  “We’re so proud of what our school has to offer with these programs, and we want to give our students what the training and education they need to succeed in the Arts,” said Fedor. “When they walk into this space, they’re immediately impressed by how much better it sounds and feels. The entire design is such a huge difference.”

LAN Associates is also pleased with the outcome of the project.  “Despite being a project of technical virtuosity, working with WSDG enabled LAN Associates to accomplish exactly what we set out to do,” Milnamow stated.  “We really managed to impress the school district and community by elevating the technical sophistication of the space. WSDG was one of the best consulting decisions that LAN Associates made during the project and they significantly contributed to the success of the design.”  Mr. Keel added, “You have this sense the space is alive, and I think the fact that you can hear someone talk from one end of the room to another without yelling is simply incredible.”

“As an educator as well as an architect and acoustician, I know how important it is for students and teachers alike to have pristine speech intelligibility in all educational spaces,” said WSDG Founding Partner and Director of Design John Storyk.  “We’re proud of what we’ve been able to accomplish here with this project and being able to partner with the Goshen Central School District and LAN Associates – both of which are near to our New York office –made this project very special for us.” 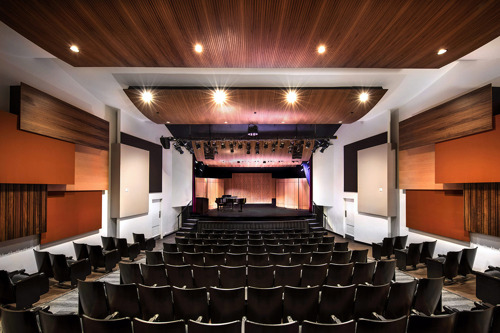 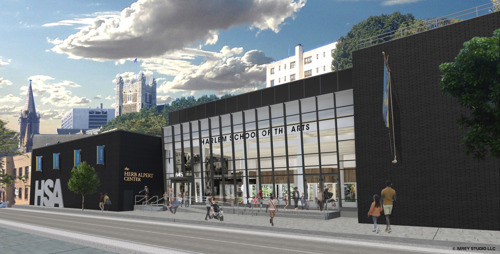