Belo Horizonte, Brazil, August 24, 2020 – The traditionally-styled residence that houses New Doors – Vintage Keys was already an important part of musical history in Belo Horizonte before it was purchased by producer/engineer Alexandre “Alê” Fonseca in 2015. Previously owned by popular Brazilian rock band Skank, the recording studio was home to the band’s unique blend of pop, rock, and dancehall music. Seeking to expand on this legacy while simultaneously embracing both Brazil’s traditional musical heritage and his own futurist impulses, Fonseca brought on architectural acoustic consulting and A/V integration firm WSDG to redesign the studio into the creative destination of his dreams.

Utopian ideals
Fonseca originally bought the house as a project studio for his extensive collection of analog recording equipment and vintage synthesizers. A fan of what he calls ‘utopian creativity’, he wanted a space that would encompass his passion for experimental musical styles. Fonseca’s vision for the project grew when he realized there was an opportunity to expand the studio’s capabilities to encompass Brazilian classical, chamber, and folk styles as well. “I realized that there wasn’t anywhere in the city that anyone could record these earlier styles of music because the rooms weren’t designed for it,” he explained. “When I asked [WSDG] to redesign the space, I told them ‘People say it’s impossible to record this kind of music in a studio, so let’s get as close to impossible as we can!’”

The studio redesign was spearheaded by WSDG Partner and Director of Design Renato Cipriano, WSDG Founding Partner John Storyk, and WSDG Architect Breno Magalhães. Cipriano, who had worked alongside the original owners of the studio for years and was very familiar with the existing space, shared Fonseca’s vision for expanding its potential. “This region hasn’t had a recording studio that was capable of recording both rock and orchestral music because the needs for both are very different,” he explained. “When this project expanded into that I knew that we could design something here that would be true to these traditional sounds while still providing the kind of creative energy that drives [Fonseca].”

Timeless sounds and recycled materials
In order to accurately capture the sonic qualities required for classic chamber music, Cipriano and the WSDG design team replicated the look and feel of traditional performance spaces by using materials recycled from vintage buildings. For Fonseca this gave the studio a lived-in feel that would put himself and his customers at ease to be completely creative. “I wanted the studio to feel like an open country space and really embody an accessible kind of creativity without boundaries,” he explained.

All of the rooms were built from reclaimed wood and clay bricks sourced from farms in the surrounding regions. Not only did this ensure that the rooms had a comfortable visual aesthetic that appealed to Fonseca’s vibe of relaxed creativity, but the aged components possessed the unique acoustic qualities that would make recordings of the music sound completely authentic. “When you think about early music, it was performed in these intimate, personal settings that were often in small homes or meeting rooms,” Cipriano said. “By building these materials into the fabric of the studio, we’re not only honoring that legacy but we’re making that emotional quality available to anyone who performs here.”

Flexibility and creativity
Each room in the studio was designed for a specific purpose and named after the people that helped shape Fonseca’s musical sensibility. The 1000 ft2 Carlos Alberto Pinto Fonseca Live Room – named after Fonseca’s uncle who was a composer and conductor in the state symphony – features variable panels and automatic curtains on the walls for adjustable acoustic profiles. The floor is also partially made of stone to accommodate traditional music styles. The Connie Plank Room is the studio’s 500 ft2 control room and is outfitted for full analog recording -- with a 48 channel UTA console and 24 track Studer 2” tape machine -- as well as a modern digital setup that can work independently or in parallel.

In addition to the two main rooms, the studio also has The Wendy Carlos Room, for Fonseca’s synthesizer collection, The Marco Antonio Guimarães Room, which houses its namesakes’ priceless collection of experimental avant-garde instruments, and the Skank Room – named for the studio’s original owners – where the studio’s guitars and amplifier equipment are kept. The wide variety of equipment giving any potential client the ability to create truly unique music. “Today’s soundscape is much wider than anyone could have thought possible, so I wanted to ensure that this studio encouraged that by having all of these different elements come together,” Fonseca said.

Musing on the origins of the project and how it ultimately expanded over time to embrace his full creativity, Fonseca is pleased with how WSDG was able to accommodate his vision. “This place is full of unique sonic possibilities now and so much of that has to do with WSDG,” he said. “They were really willing to come along with me on all of my ideas and ensure that it could be everything I wanted without comprise.”

“Watching how the studio has grown since the project began has been really fulfilling,” agreed Cipriano. “It’s a truly unique place, and that magic will be there for anyone who records here.”

All photos courtesy of Alexandre Fonseca and WSDG. 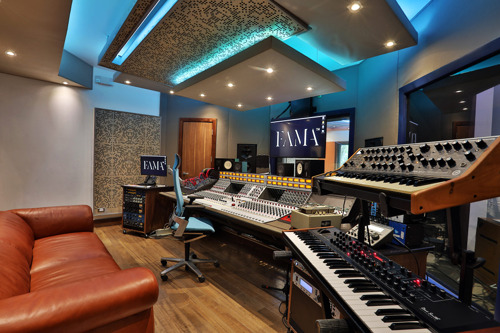 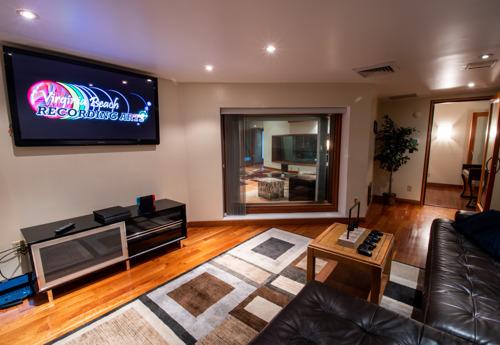 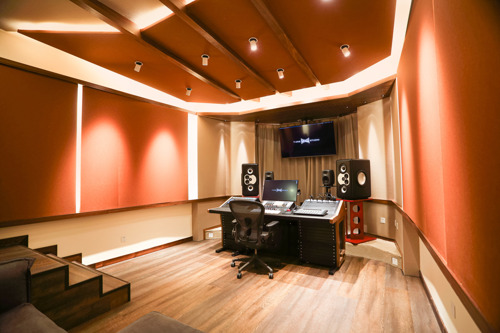