Basel, Switzerland, May 29, 2020 - Global architectural acoustic consulting and design firm WSDG have announced the completion of work on Studio Basel, the brand new production facility located in the Meret Oppenheim high-rise (MOH) for Swiss national radio and TV broadcaster SRF.  The building was constructed by Basel architectural firm Herzog & de Meuron with three floors of production suites and open-office areas, all of which have been engineered by WSDG to ensure acoustically precise working areas for SRF’s wide variety of broadcast and recorded programming.

The upgraded facilities include two live radio drama rooms, two smaller recording rooms, a control room, auditorium, and more than a dozen radio production rooms.  The WSDG team, led by WSDG Project Engineer Robi Hersberger, worked in conjunction with renowned Basel architects Diener & Diener, who handled the interior buildout, and TPC (a division of SRF), which handled the A/V systems integration.  “We developed an acoustical treatment concept that worked for as many rooms in the project as possible,” said Hersberger.  “The concept’s core was to give each room very efficient absorptive ceilings.”

“With these in place, different types of wall panels can then be used to achieve the remaining necessary treatment.  This not only helped to keep costs down, but also allows for maximum flexibility for the spaces in the future.  What was challenging however was determining how to implement this with equal effectiveness in rooms that have differing specifications.”

Hersberger relied on WSDG go-to tools such as the CATT-Acoustic simulation platform and the R&D Team ABEC3 acoustic boundary element calculator to digitally simulate and plan out the different rooms.  This ensured that they would have consistently high-quality acoustics throughout while addressing the different production needs required by each.

Studio Basel’s two live radio drama rooms required the highest-quality room acoustics and flexibility to suit the breadth of SRF’s programming needs.  The largest of these two rooms is designed to accommodate a variety of live drama scenarios with multiple actors and is capable of playing host to numerous fictional indoor environments.   A flexible setup of mobile panels, gobos, and curtains provides a variety of ambiances.   The smaller radio drama room is acoustically dry with no reflections whatsoever from the wall or ceiling, allowing it to be used for drama settings that take place in outdoor environments.

Hersberger achieved the team’s acoustics goals using broadband absorption ceiling panels and the RPG Acoustical Systems BAD Panels.  “What makes these panels special is that in addition to providing absorption, they also can give you a bit of scattering as well,” he said.  “This is very important since SRF has a broad range of programming, and it allowed us to establish different room ambiances for different production needs.”

SRF’s staff moved into the new facility as production neared completion, which allowed WSDG to receive direct feedback from the station’s engineering personnel to ensure that the rooms were calibrated perfectly to meet their needs.  “We continued having conversations with the production staff once they moved into the rooms and began using them,” said Hersberger.  “This allowed us to fine-tune the rooms in real-time, and give them the best possible working environment.”

All photos credited to Yohan Zerdoun. 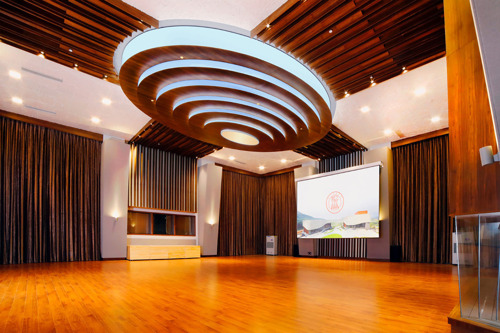 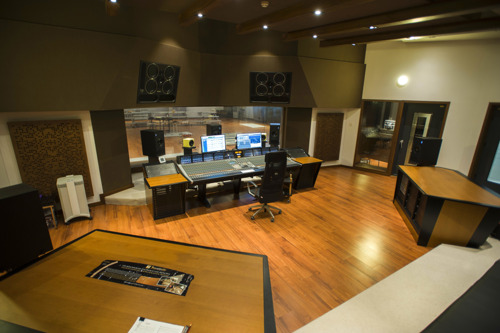 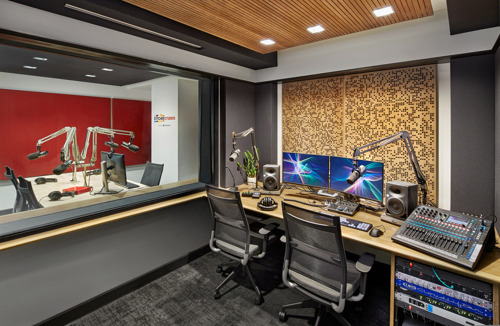